When I look out my window, I see no bunting and no sign of any street party. We’re all republicans round here, then. If I were to take a trip into town, to where the royal wedding procession is going to be, I’d likely find a ratio in the order of 3:1 of foreigners to Brits. Still, it’s a morning for reflection. Over at Stumbling and Mumbling, Chris argues (and surely only for the sake of argument) that the monarchy is a good thing. Let me reflect on that for a moment. No, the monarchy isn’t a good thing. Here are my reasons.

1. The monarchy is not politically neutral. Even if the monarchy isn’t explicitly of the political right, whether in custom or belief, royal arrangements and traditions are such that they can be taken advantage of by the ruling party. Best advantage from them is had by a right wing ruling party. Neutral royals with a minimum of clout would have made sure that former Labour prime ministers remained on the wedding guest list, and were visible on the day. Neutral royals would have insisted that the wedding cause only a minimum of disruption to national life. Instead, the wedding is happening on a Friday and the government has declared it a holiday. It certainly looks as though the British Conservatives have an interest in our stopping work to watch what’s going on with the royals; if the monarchy were politically neutral, the ruling party wouldn’t bother much with them. As it is, we find David Cameron saying things like this.

2. The monarchy is illiberal. The royal wedding explicitly promotes the norm of marriage: that’s obvious. But the monarchy as a whole also promotes the norms of heterosexuality, male primogeniture, patriarchy, religious worship, military service, and – last but not least – fixed, titled status distinctions. All of these norms are bound up together in a picture of an ‘ideal life’, as lived by one family. This goes against the liberal idea that we each have a right to choose which values to take up, and which to drop. Titles and status aside (any head of state will have a title and high status) we can ask whether the royal family could at least display a pluralism of values. Could there be a openly gay Prince of Wales and an avowedly atheist Queen Mother? I think the answer is no, and not because that’s what the Windsors are like: I don’t think any family, royal or not, is capable of a pluralism of values to the degree that’d be needed. Compared to the society within which each is embedded, all families are small, insular and parochial. As a consequence, it’s doubtful that a liberal society can tolerate the very notion of an exemplar family. Yet this is what the British monarchy is usually taken to be.

3. The monarchy does something terrible to the Metropolitan Police, who seem to think today is all about the nation coming together to celebrate. In fact, they’ve announced their intention to firmly sit on anyone who looks as though they’re doing something other than celebrating. This, of course, is not how they should be carrying on: a liberal polity would make this clear to them.

4. The monarchy encourages us to accept class divisions. This goes along with the illiberalism, but thereâ€™s also clearly something up with the whole spectacle of the monarchy. Itâ€™s not just that the royals are rich and upper class, itâ€™s that we seem content to gaze on their wealth and high status. Ordinarily, you might think to ask: why don’t the houses in my street look more like Buckingham Palace? Why aren’t my circumstances better? And is there something I can do about it? If you’re having a royal wedding street party today, you’re probably not thinking any of that: you’re bound up in the spectacle. And that might be the idea. Chalk one up for the thesis of false consciousness.

5. The monarchy discourages human flourishing. Prince William and Kate Middleton are young, active and attractive. In the royal wedding, we see two people in their prime making plans to spend their lives together. Setting the issue of chauvinism of physical appearances aside for a moment, why shouldn’t we celebrate what we see? Well, one national newspaper said that if Kate Middleton hadn’t gotten engaged to whom she did, she would have spent her life in “peaceful anonymity”. But why should that be so? Why couldn’t Kate Middleton have an accomplished life in her own right, and a famous life at that? The monarchy promotes the idea that some people are to receive certain rewards while the rest of us get to watch. This goes beyond simple allocative unfairness. William and Kate’s material blessings are conditional on their acceptance of extraordinarily rigid career constraints. These two people simply won’t get to do the things of which they’re capable, yet they’re to be considered high achievers nonetheless. Their failure is to count as success. This can’t be considered an encouragement of human potential. Specifically, William will be doing token military service for a few more years: after that, he’ll be attending state and establishment social events. He’ll occasionally attend the openings of public works, which could be seen as a limited positive. Kate will be having kids: in fact, sheâ€™ll be spending her life in â€œpeaceful celebrityâ€.

6. The monarchy is excessive. No country with a presidency would close the streets and line them with soldiers for the marriage of the grandson of the serving president. It could all be done with very much less.

7. The monarchy does something terrible to the British media. Have you seen?

Update: I didn’t intend to single out heterosexuality as the norm promoted by the royal family; something has to go first in the sentence order, after all. But it seems to have gotten the attention over here.

Update 2: Here’s a video of Charlie Veitch getting arrested in Cambridge the day before the royal wedding. He was released 23 hours and 45 minutes later, without charge. It turns out that the Metropolitan Police co-ordinated its efforts with other police forces to make a series of pre-emptive arrests (around a hundred?). They detained others on the day of the wedding itself. Altogether, the arrests seem to have been a tactical move aimed at keeping would-be protestors in custody during the wedding, with police powers to detain people without prosecution as the means. However, if no law is being upheld and no crime is being prevented, the effect is simply to stifle expression of public dissent. This is wholly inconsistent with the democratic right to freedom of expression. Since the arrests were regionally co-ordinated, it’s reasonable to assume that the tactic was decided on by police at a high level. It’s also reasonable to assume that they were acting with the connivance of the British government. If that’s so, then the British government has in fact adopted a policy of suppressing dissent. It seems confined to street protest so far. I’m not sure they’d dare push it much further, but we’ll see. Who knew that they cared so much about royal weddings?

Update 3: And here’s another video, this time of the Metropolitan Police doing their thing in support of freedom of speech, in Soho Square, on the day of the wedding. Soho Square is quite some way from the Mall, incidentally. But six guys with a guitar and a megaphone: a threat to the regime? Really?

* The new president of Kosovo is the youngest, the first woman and the first non-partisan person to hold the post. She will also be the last selected by the present method of parliamentary election. Her election by the parliament breaks a deadlock and averts a potential political crisis. Atifete Jahjaga, who will turn 36 on April 20, is a western-trained policewoman and had been deputy director of the Kosovo police force. According to the deal that brought her to office, future presidents will be elected directly, and the first such election will be held within six months. People who know more about Kosovo than I do are kindly invited to weigh in.

* This long post on Bulgaria’s shrinking population coins the phrase “demographic bailout.” It’s an interesting look at a corner of Europe and a set of problems that tend not to find a wider audience. Population changes and their implications have long been an AFOE theme, ably explicated by Edward. Some of his views on Bulgaria are here, here and here.

* LiveJournal, which is the key platform for Russia’s blogosphere, has been under recurring DDoS attacks in April (LJ responds). It’s not at all clear who is behind the attacks, with accusations and counter-accusations quickly turning into a hall of mirrors. What has become clear is that an important element of Russia’s civic discourse is vulnerable.

* Speaking of Russian discourse, the country’s current chief of the armed forces’ general staff, Nikolai Makarov, spoke at the General Assembly of the Russian Academy of Military Sciences and apparently delivered quite a take-down. As one expert characterized the speech, Makarov said “the various military academies and institutes continued studying the old wars, assuming that in the future, the Russian military would be called upon to fight World War II yet again, and whatâ€™s more, do it with World War II era technology and tactics.” (The Academy’s director is a WWII veteran.)
Makarov took the Russian military’s shortcomings in the Russian-Georgian war of 2008 as impetus for significant reform, and has argued that Russia largely slept through the last 20 years of military advances. Furthermore, he foresees an army in which conscripts would make up no more than 15% of the forces. That would be an epochal change in Russian military culture. Interesting developments to follow, even if you aren’t living in a place that felt the sharp end of Russia’s armed forces recently. (h/t LGM)

Welcome (somewhat belatedly) to the European blogosphere to Letters from Europe, informed but not overly serious commentary on Brussels by journalist Craig Willy.

Via Nick Pearce at the IPPR, a fascinating chart of where the recovery ended up.

There’s clearly a fair amount of sunshine in the chart for Germany, although it’s very hard to be optimistic about the UK. But will anyone present anything like this chart for the Portuguese economy? And when people like Volker Wissing talk about imposing their adjustment, what is their estimate for the reduction in the German trade surplus? Take it away, Herr Bofinger:

Anyone who sees this as a virtue must ask themselves whether Germanyâ€™s export successes would have been possible if other countries had behaved as â€œvirtuouslyâ€ as we have. It says a lot about the level of the debate that such simple and fundamental insights are apparently difficult to get across in Berlin.

Reading through this series of reports makes me glad that the border is mostly closed. But ideal regional setting for the Olympics, eh?

Thanks to everyone who commented on the FinalitÃ© Revisited essay. So much substance in the discussion that I wanted to highlight some of it in a post, instead of just replying in comments.
END_OF_DOCUMENT_TOKEN_TO_BE_REPLACED

Evidence which would enable us to assess the full economic impact of the Japanese earthquake and tsunami is still hard to come by. There is a lot of talk of supply chain disruptions, but little in the way of detailed evidence to back up assertions of the more anecdotal kind. Even the latest set of manufacturing PMI data has decidedly left the jury out on the topic. 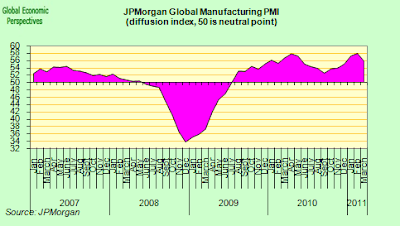 END_OF_DOCUMENT_TOKEN_TO_BE_REPLACED

Once upon a time, before it became the Paris printing of the New York Times, the International Herald Tribune published its late sports editor Dick Rorabackâ€™s ode to baseballâ€™s opening day each year.